Mobile Websites – the need for SPEED! 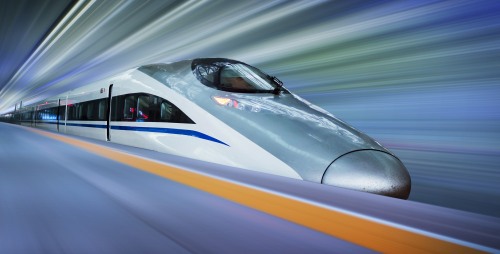 TLDR – According to Google, a large percentage of mobile traffic abandons if your site takes too long to load on their device.

See how to work out much traffic you could be losing, what it costs and what you can do about it.

Many organisations spend a huge amount of time and money on the design of their website – they want something that looks modern, catches the eye and has great images and video.

However, as many of you will already know, mobile traffic surpassed desktop some time ago and you’ll likely have heard web designers, developers and marketers talking about a ‘mobile first’ strategy.

Many websites are ‘responsive’, which basically means they are designed to rearrange various elements so that they look good on different screen sizes like tablets and mobile devices as well as desktop monitors.

However, for all the talk of a ‘mobile first’ philosophy, while many sites might look fine on different screen sizes, they aren’t optimised for fast loading on a mobile device.

Does Speed Matter? When it comes to mobile sites – YES!

Load time is a critical factor for mobile traffic and you’d be surprised at how much traffic you lose from slow mobile load times.

Here are the key numbers from Google:

53% of mobile site visits leave a page that takes longer than three seconds to load.

As page load time goes from one second to 10 seconds, the probability of a mobile site visitor bouncing increases 123%.

The message is clear – if your site isn’t optimised for fast mobile loading, it is costing you money – plain and simple.

All the effort you put into SEO to attract organic traffic, all the money you spent on advertising with Google, Facebook and other platforms to drive paid traffic to your site is much less effective if your site is a slow loader on mobile.

If your site takes 10 seconds to load on a 3G connection, Google estimates that you’ll be losing around 29% of your potential visitors.

That’s people who have made a decision to click on your link or advert who give up before the site loads and move on to something else. So we’re talking about traffic you have already ‘acquired’ through organic or paid means, but you never get to take advantage of – just because your website is slow to load on mobile devices.

The increasing adoption of 4G in the UK will make mobile pages load faster, but many sites will still be slow to load and they will still be losing substantial traffic due to speed.

Besides – the promised speeds of new technologies never live up to the hype. We’re all familiar with the ‘up to’ speeds for broadband services that are quoted by marketers but rarely achieved.

Same goes for promises of increased speed with new mobile technologies. Each new technology promises to be X times faster than the previous version, but of course that assumes a) that you get signal coverage b) you are getting promised speeds and c) that the available bandwidth isn’t being saturated with other traffic.

With the growth of internet traffic on mobile and the addition of IoT devices and new technologies we don’t even know about, it doesn’t matter how fast cellular or broadband technologies are – they won’t be able to keep up with the growth in the sheer volume of data that is being moved around.

And if your business relies on global traffic, consider this stat from GSMA (the mobile operators association) :

The fact is that you are probably losing mobile traffic now and technology won’t fix it anytime soon.

You need to act now or accept that you are wasting a percentage of your marketing budget and losing sales from mobile traffic.

Does it really matter?

Perhaps you aren’t interested in visitors with an attention span so short that they couldn’t wait for your great website to load on their smartphone.

The thing is you just don’t know.

Before the days of data-driven decisions that we can now because we have the ability to measure everything that happens online, it might have been acceptable to use your gut or intuition to decide how to allocate your marketing budget.

As long as the business was profitable, it didn’t really matter how much of your marketing budget was being wasted.

It was easy enough to claim that one campaign or another was a success because no-one knew any better.

You picked an agency because of their reputation – the brands they worked with, or because your competitors used them and you figured they must have known what they were doing. Or they had won awards at a creatives beanfeast.

But you never really knew if you were getting a real return on your investment or just spending some of your profit to no effect.

These days – at least for online marketing – we can look at the numbers and make decisions based on hard data.

We know which ads perform on which platforms. We continually test to improve performance. Every campaign can be measured against KPIs. And we have a pretty good handle on the ROI of nearly everything we do.

When mobile users are abandoning a site because it is a slow loader, the opportunity to inform, engage, sell or whatever else you want to achieve has been missed – maybe forever.

If you don’t improve performance to capture more of that traffic, you’ll never know how those visitors would have converted or where they would have been positioned in your pipeline. You won’t know if they had wanted to make a purchase, share your site with a friend or colleague, sign up to your mailing lists or check out your job vacancies.

Once that potential moment of engagement has gone, you don’t know if they will come back to your site later – or if they moved on to a competitor’s site and completed a transaction there.

All you know is that you had a missed opportunity and now you probably have a slightly miffed prospect who didn’t achieve their objective. And you had already paid for it.

Is it worth the trouble to knock a few seconds off your website’s mobile load time?

It’s not too difficult to do some back of the envelope calculations on the cost of slow mobile load times for your business – assuming you are already measuring traffic, conversions and ROI.

How much is lost mobile traffic costing your ?

To keep it simple, let’s assume you have an e-commerce site and you are selling product off the page. You are getting around 20K visitors to your site every week from a campaign for a specific product and around half of that traffic is mobile – i.e. 10K.

Say your mobile traffic converts at around 5%. The product costs £40 with a net profit after all costs of £5.

So your mobile traffic generates 500 sales generating revenue of £20K and profit of £2,500 every week.

Imagine your mobile site is a bit of a slug and it takes 20 seconds to load over 3G. Google reckons you’ll be losing 35% of your mobile traffic before it even loads.

Assuming that lost traffic converts at the same rate as your other mobile traffic – that’s 175 sales that would have generated £7K in sales and £875 in profits – EVERY WEEK.

Even if this lost mobile traffic converts at a lower rate than your ‘normal’ mobile traffic, you would still be making more money just by speeding up your mobile load time.

Say the traffic you are currently using only converts at half the rate of your ‘normal’ mobile traffic – that would still mean over £400 extra profit every week.

What could your business do with an extra cash injection like this? Pay a salary? Fund more ad campaigns? Improve your online footprint? Take a stand at a trade show?

If you reduce your mobile load time from 20 seconds to 10 seconds, Google says you’ll still be losing 29% of your mobile traffic.

So with the scenario as outlined above, the difference between 20 seconds and 10 seconds load time translates into 30 additional sales at a 5% conversion rate or £150 extra profit per week or £7,800 per year. Even with a lower conversion rate of just 2.5%, you would still be looking at an extra £3,900 profit per annum.

If you could bring your mobile load time down from 20 seconds to just 4 seconds, the difference in traffic lost due to mobile speed loading would drop from 35% to just 10%.

So now that lost mobile traffic – converting at 5% – would be generating 125 additional sales per week or £625 additional profit. That over £32K per annum. Half the conversion rate and you’ll still be looking at an extra £16K pa.

You should be able to work out from your own website traffic numbers and mobile performance how much in lost sales you are missing out on by having a slow mobile site.

Bear in mind we are just looking at single product sales in this scenario, not cross-sell and up-sell opportunities or the lifetime value of the customer.

If your business isn’t e-commerce, you should still be able to make a reasonably accurate calculation based on the results of existing campaigns.

When you have completed a calculation relevant to your business, you will at least be in an informed position about the potential value of speeding up the load time for your website on mobiles.

If your site is a slow loader and it looks like you are missing out on sales or leads due to lost mobile traffic (that you have already paid for), there is just one question remaining…

What are you going to do about it?

Any online marketer knows how hard it is to get quality traffic, so it seems criminal to let traffic that has already been paid for – in SEO sweat and AdWords and Facebook dollars – slip away simply because your website is too slow to load on mobile devices.

Mobile site load speed involves many different factors, some of which can be quite complex. However, for many sites with slow load times, there will likely be some relatively straightforward actions that can be taken to knock seconds off the load time.

We may not all be able to get down to Google site load times (3 seconds on 3G), but you should be looking to get your mobile load speed as fast as possible – and a least quicker than your competitors!

The next article in this series will look at some practical ways you can improve your site to reduce mobile load times, but if you have any questions about your web site’s performance on mobile devices or if you need help optimising your site, do get in touch.

Concerned about the traffic and sales your site is losing due to slow mobile loading speeds?

If your website isn’t optimised for fast loading on mobile devices, you are missing out on valuable traffic you have already paid for – in SEO sweat or Advertising cash.

If you want some practical advice on speeding up your website on mobile devices and generating more revenue and profit from your traffic, fill in the form below to arrange a no-obligation call to see if we can help.