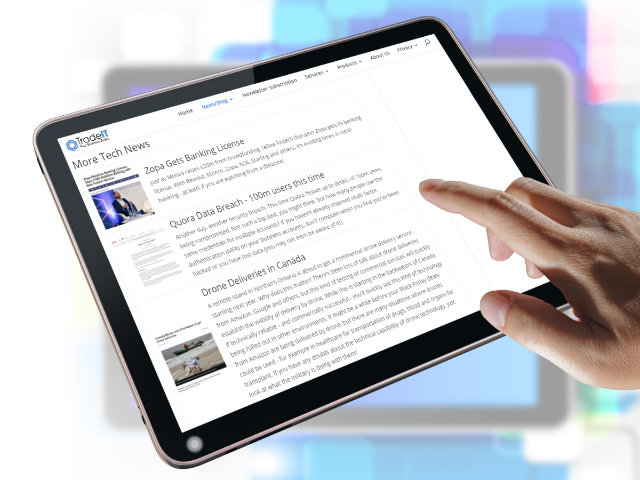 The much reported O2 outage caused some inconvenience to those using O2 as a service provider which includes Tesco Mobile, GiffGaff, LycaMobile and Sky Mobile. According to newspaper reports, more than 30m users were affected.

While the O2 outage was relatively short and the impact minimal for most, there are a few lessons to be learned from this episode.

The first is our increasing reliance on smartphones and persistent data connections for so many everyday tasks that we take for granted. Apart from the obvious phone calls and emails, there were difficulties paying for parking, finding places (no satnav), and paying for things with online payment services. As we increasingly use smartphones for banking and  NFC contactless payments, and as more and more services rely on persistent data connections – for example traffic information systems – it’s easy to see how an extended outage of mobile or fixed line data services could have a significant impact on the economy.

In tech circles, there will be alarm (but no real surprise) that one of the largest networks in the UK could be brought down by what appears to be an expired software certificate from a supplier. Whether or not this turns out to be the case, you have to ask what happened to resiliency, testing and good old-fashioned record-keeping. The fact that O2 reported that ‘hundreds’ of people were working on this issue suggests either a huge level of complexity or a lack of understanding of infrastructure or operational activity – or perhaps a bit of both.

“We have hundreds of people from both Ericsson and O2 working around the clock to identify the issue … we’re confident we know what the issue is” – Mark Evans, O2 CEO (BBC)

While we should all be concerned about the risks of the small number of mobile network operators in the UK (O2, EE, Vodafone and Three), businesses could take note from the way O2 handled the crisis on social media.

There were, of course, the usual moaners and the instant claims for compensation from some on Twitter, but the general tone was good-natured, sympathetic and sometimes humorous.

This wasn’t really anything to do with social media per se, but rather a combination of good communication by O2 posting regular updates and responding quickly to customer comments. That and the rather important fact that the O2 network has a pretty good record of reliability.

While there were a few moaners and the usual over-dramatisation of the impact of a few hours without their social media fix, most comments were supportive of O2 staff and their efforts to resolve the problem.

Quite a few O2 fans emerged – and if O2 is smart they will be collecting testimonials – and some saw the humourous side of being ‘disconnected’ (although perhaps not getting the irony of having found a wifi hotspot to post their Twitter comments!).

No doubt the ire of the Twittersphere would have been unleashed eventually had the outage lasted much longer than it did, but from a customer service point of view, O2 appears to have come out of this episode reasonably well.

Undoubtedly, the media world will be touting this as another reason to increase your spend on social media, but the real story is that if you offer a decent service over a period of time, you can survive the odd hiccup.

If O2 is looking for somewhere to allocate budget right now, it should be to make sure this kind of thing doesn’t happen again.

All the marketing and PR in the world can’t hide poor service – and consumers and businesses may not be so forgiving next time.

...and many saw the funny side

If you have been following Fintech disruptors, you’ll know that Monzo smashed its £20m crowdfunding in a matter of hours after going live.

£20 million isn’t big bucks in the banking world (or even the Fintech startup world), but interesting to see that customers were keen to invest in the company, even though shares aren’t listed and are currently an illiquid asset.

The most interesting aspects of the Monzo story are that they have been able to raise a significant amount of funding from crowdsourcing to supplement existing VC investment and that their customers actually appear to like the brand; something traditional retail banks will view with envy.

It remains to be seen whether Monzo will retain its high customer satisfaction rates as it gets into the nitty-gritty of lending and moves into business banking, but having a large number of customers as investors in the brand does put them in an interesting position.

With a customer base of over 1m and funding for growth, the traditional players in retail banking should be getting concerned.

Whatever the future holds for Monzo, you can be sure they had one hell of a Christmas party!

Did you know ‘Green Monday’ was a thing?

With Black Friday and Cyber Monday a not so distant memory, did you know that ‘Green Monday’ was another ‘event’ for retail marketers to shout about?

Green Monday hasn’t been a big deal in the UK as yet, but no doubt that will change as we follow the global brands. It seems the second Monday in December is the biggest day for retail sales in the month – as first identified by eBay back in 2007. It makes sense – still time to order online and get delivery before Xmas and probably catches many who missed out on Black Friday/Cyber Monday deals.

Whatever you decide to call it, it means there will be more tech deals to be had – for consumers and business users – this week.

Amazon is still pushing offers on its Amazon Business account, which will be an attractive proposition for many. Lots of businesses will already have a bit of shadow IT spend going through Amazon to bypass delays and restrictions of following traditional purchasing processes. An Amazon Business account will give you the opportunity to tidy this up, get some control over spending and for larger organisations integrate with your existing Vendor Management Systems.

You can bet Amazon will do a pretty good job as a platform for business supplies – and 3rd party vendors will have to adhere to their customer service standards if they want to sell on the Amazon Business platform, so you’ll likely get better support than you currently get from existing suppliers.

Rather than recommend a single business title, this week we’re handing over to Bill Gates to give you some ideas for holiday reading. In this short video, Bill tells us what titles he found inspiring over 2018.

Remember, by the rules of the internet, if you read what Bill reads, you too will become a successful billionaire – so get to Amazon and snap these up before they all sell out!